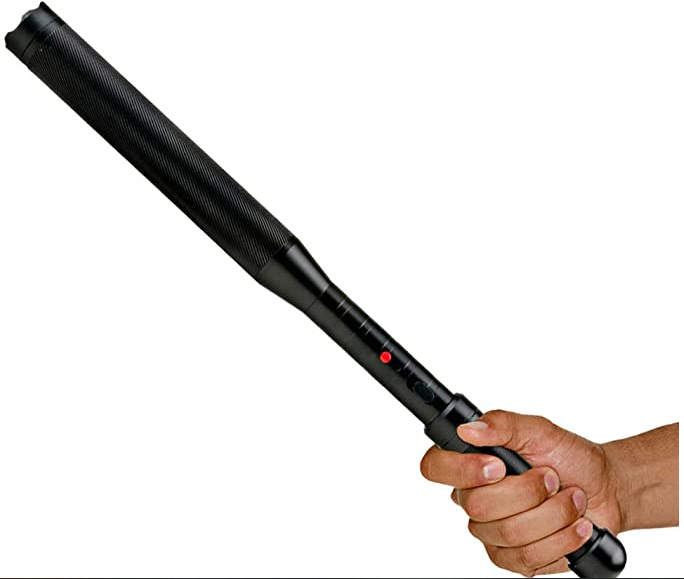 An expandable baton is a club or a bludgeon, and, worse, it is a concealed weapon because when closed, it can be put in a holster and attached to your belt, and hidden under your jacket or shirt. The baton is activated to open up into a weapon which makes it dangerously close to outlawed weapons such as switch-blades and similar to banned weapons hidden in innocuous objects, like cane knives (knives hidden in canes). It is safe to say you are likely to get into legal trouble if you carry an expandable baton.

A decent alternative is the Maglite, a heavy-duty metal flashlight about the length of a club, which basically can double as a metal pipe and is weighted well for some serious “clubbing” action. However, you should bear in mind that an object carried for the sole purpose of being used to hurt someone is considered illegal.

However, if you carry a Maglite in your car in case you have to change a tire at night or get stuck somewhere where you have to walk to a gas station for gas, or you have one in the home in case the lights go out, then you have a handy improvised weapon if you spontaneously need it when attacked.

But it would look weird if you were walking around town in broad daylight, carrying a large Maglite. I imagine it would seem more logical if you were carrying one while taking your kids out trick-or-treating if anyone still does that when it gets dark anymore.