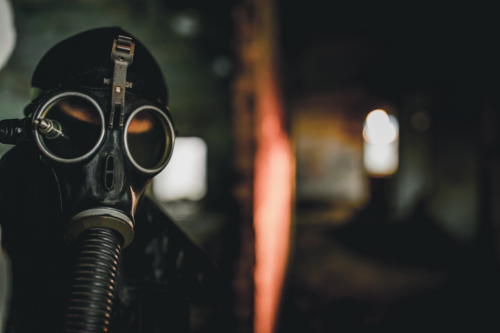 A biological attack is a frightening act of terrorism that can potentially occur anywhere. Often difficult to detect initially, biological agents can sicken or even kill large amounts of people in a short time. Fortunately, learning the basic signs of bioterrorism, along with proper preparation, helps increase your chances of survival.

Preparing for a Bioterrorism Attack

One particularly insidious aspect of bioterrorism is how difficult an initial attack can be to detect. Unlike an explosion or active shooting situation, a biological agent unleashes damage silently, often on an erratic timeline.

Growing waves of sick people experiencing similar symptoms are usually the first signal of bioterrorism. At that point, radio and TV stations will typically broadcast emergency messages. If the attack is sufficiently localized, emergency workers might go door-to-door to warn the public.

Prepare your home or office for a bioterrorism attack with the following:

What to Do During a Biological Attack

The initial stages of a biological attack are confusing. Check trusted news outlets and official sources of information regularly as the situation evolves. In particular, you want to know:

If you’re near an exposed area, wear a mask to help filter the air. Ideally, you want to cover your mouth and nose with at least two layers of fabric, such as a t-shirt and a towel.

Remove any contaminated clothing and, if possible, seal it in a bag, such as a trash bag. Also, if possible, wash your body with soap and water.

If you experience symptoms of a biological agent, and are within a group considered at-risk (which could mean everyone exposed), seek emergency medical attention.

Aftermath of a Biological Terrorist Attack

Medical services typically use different protocols to treat mass groups of people affected by a biological attack. If you’ve been within an area of exposure, contact medical authorities. They might order you to stay in place instead of traveling to a hospital. Also, if you think you’ve been exposed to a biological agent, stay away from crowds.

If you’re unaffected personally by a biological attack in your city, the best way to stay safe is to stay inside. Continue to follow trusted news sources for more information. With a properly stocked preparedness kit and emergency plan, you and your family can remain safely indoors for many days