A stun gun and pepper spray are both non-lethal self-defense tools that can be used to deter an attacker. However, they work in different ways and have different effects.

A stun gun is a handheld device that delivers a high-voltage, low-amperage electrical charge to an attacker. The electrical charge causes the attacker’s muscles to contract, making it difficult for them to move or attack. It also causes a temporary loss of balance and muscle control, making it easier for the user to escape.

Stun guns vary in their voltage, but some of them can reach several million volts. They usually need to be in contact with the attacker to be effective.

Pepper spray, on the other hand, is a chemical irritant that causes intense burning and temporary blindness when it comes into contact with an attacker’s eyes and skin. The active ingredient in pepper spray is capsaic a chemical derived from hot peppers.

When sprayed in an attacker’s face, it causes inflammation of the eyes, nose, and throat, making it difficult for them to see, breathe or attack.

The effects of pepper spray can last for up to 45 minutes, which gives the user enough time to escape. Pepper sprays are available in different forms and sizes, some of them can be carried in a keychain and others can be used in a spray form, which allows for a greater coverage area and can reach to a longer distance.

Both stun gun and pepper spray have their advantages and disadvantages. A stun gun is more effective at incapacitating an attacker, but it requires direct contact and may not be as effective on someone under the influence of drugs or alcohol.

Pepper spray, on the other hand, can be used from a distance and can be effective against multiple attackers, but it may not be as effective in disabling a determined attacker.

Stun guns tend to be more expensive than pepper spray. The average cost of a stun gun ranges from $20 to $50, while high-end models can cost up to $100 or more.

Pepper spray, on the other hand, is generally less expensive than stun guns. The average cost of pepper spray ranges from $5 to $20, with some high-end models costing up to $30 or more.

In conclusion, pepper spray is typically less expensive than stun guns, making it a more budget-friendly option for those looking for a non-lethal self-defense weapon.

It’s important to note that both stun guns and pepper spray can be dangerous if used improperly, it’s also important to familiarize yourself with the laws and regulations in your area as they can vary from state to state and country to country.

It is important to check the laws in your specific state and municipality before purchasing or carrying either of these self-defense tools.

Ultimately, the choice between a stun gun and pepper spray depends on personal preference and the specific situation. It’s recommended to consider your own personal needs and comfort level when deciding which self-defense tool to use.

Is a stun gun better than pepper spray?

It depends on the specific situation and personal preference. Both stun guns and pepper spray are effective non-lethal self-defense weapons, but they have different advantages and disadvantages.

Stun guns are handheld devices that deliver a high-voltage electrical shock to an attacker. They can be used at a distance, allowing the user to keep a safe distance from the attacker. They are also relatively easy to use and can be quickly and effectively deployed in an emergency situation.

Pepper spray, on the other hand, is a spray containing capsaicin, which causes a burning sensation on the skin and eyes. It can be used at a close range and is particularly effective against multiple attackers. It is also more accessible and widely available than stun guns.

Ultimately, the choice between a stun gun and pepper spray depends on the individual’s needs and preferences. It is important to consider the specific environment and potential threats when choosing a self-defense weapon. It is also recommended to consider taking a self-defense class or consulting with a professional for more information.

Both stun guns and tasers deliver electrical shocks to the body, but they work in slightly different ways.

How painful is a stun gun?
A stun gun is a handheld device that delivers a high-voltage electrical shock to an attacker. The shock causes pain, muscle contractions, and temporary incapacitation. The sensation of being shocked by a stun gun is often described as intense and painful.

A taser, on the other hand, uses electrical current to disrupt muscle control and cause temporary incapacitation. A Taser shoots two small dart-like electrodes connected to the Taser by thin wires, which can reach up to 15 feet away.

The electrical current from the Taser causes the muscles to contract and become incapacitated, which can be more intense and result in more pain than a stun gun. Taser also causes more severe injuries than a stun gun because it uses a higher voltage.

Overall, a taser is considered to be more painful than a stun gun. However, the pain caused by both weapons is temporary, and they are both considered non-lethal self-defense weapons.

Can you use a stun gun on someone touching you?

It is not recommended to use a stun gun on someone who is physically touching you. The electrical current from a stun gun can pass through the person and into your own body, causing injury or even death.

Additionally, if someone is physically touching you, it may be difficult to effectively use a stun gun as the attacker may be able to grab the device and use it against you.

In a situation where someone is physically touching you, it is recommended to use other self-defense techniques such as verbal commands, knee strikes, elbow strikes, or using pepper spray. It is also recommended to consider taking a self-defense class or consulting with a professional for more information on how to effectively defend yourself in close-quarters.

It’s important to note that using a stun gun or other self-defense weapon should only be considered as a last resort if you feel your life is in danger and all the alternatives have failed. 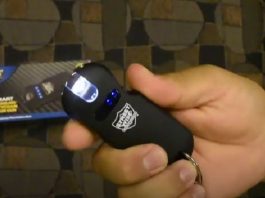 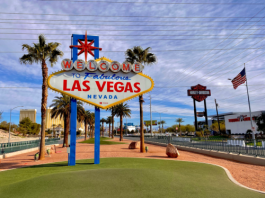 Is Pepper Spray Legal in Nevada?